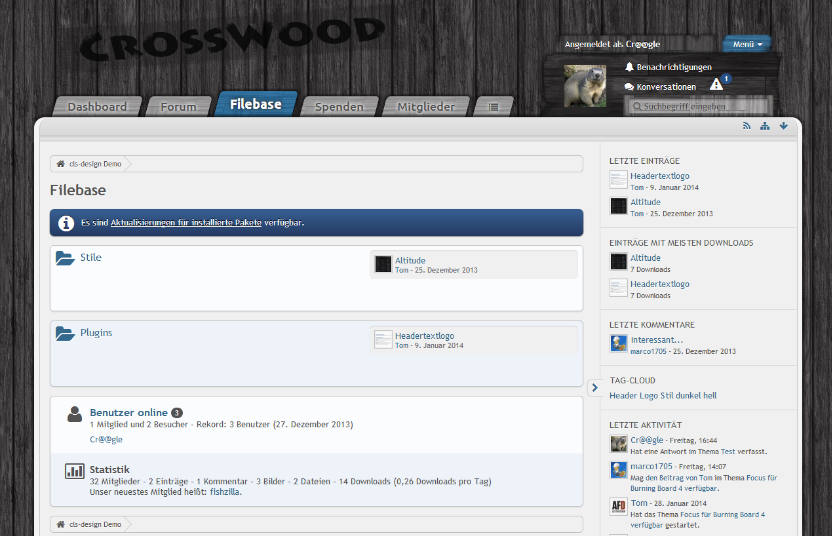 CrossWood the rustic design in which the idea of being block-headed can be taken visually and one isn't mentally blocked. In accordance with the naming, the wooden background speaks for itself and at the same time it loosens up a too rigid form by applying a conscious horizontal position of the bar within the navigation buttons and containerHeads. Moreover, the mentioned navigation buttons were placed at an angle, adding to the style's creative character, which also finds its way into the userpanel.

On the one hand the search box was integrated into this, on the other hand the dichotomy of content attracts attention (user data plus "menu" content) that can still be accentuated by the display in the dashboard. The content area is framed by a narrow bipartite contour, adding to the page a kind of second tableau, a background image within a background image.

The thread view was designed reciprocally colored, allowing for a clear recognition and destinction of the posts. With this style you're on the wrong track, but it leads in the right direction because this wood testifies to a novel designing craft.

This site uses cookies. By continuing to browse this site, you are agreeing to our use of cookies. More Details Close