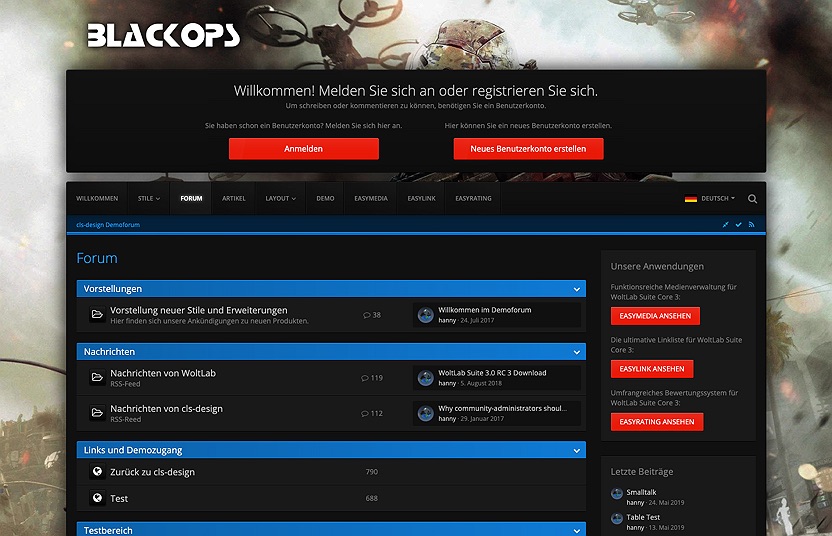 BlackOps - the dramatical-expressive design that isn't made for everyone, but will please any owner. The suggestive power of this style lies in the two contrasting colors, which include the background and the containerHeads as well as the userpanel. Black meets an emphasized glaring contrast, resulting in a dazzling combination that displays a fluorescent effect.

The lightbox effect within the navigation causes another radiance, analogously seen for the active hoover around the small buttons such as "Unread topics". The design has a variable width and individual adjustments, like for the desired logo, can be easily carried out by newbies. Subtle drop shadows along the fringe and the minimum rounding of the edges refer to the modern character and thus, allow "BlackOps" to take up its usage in a versatile way.

Anyone appreciating a touch of drama, the trace of flamboyance and the atmospheric density of a computer game, will find a visual equivalent in this design.

This site uses cookies. By continuing to browse this site, you are agreeing to our use of cookies. More Details Close